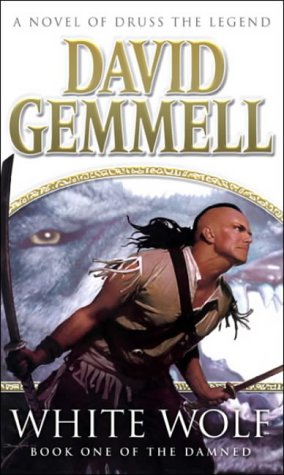 „Gemmell is past the point of needing recommending – he is an institution that becomes more valuable with each new novel.“ – ENIGMA

„How could you fail to be captivated? Gemmell… always guarantees a blasting good read“ – FEAR

„I enjoyed every minute spent reading this book…“ – ***** Reader review

Skilgannon the Damned had vanished from the pages of history.

Following the terrible triumph at Perapolis, he had taken the legendary Swords of Night and Day and ridden from the lands of Naashan. No-one knew where he had gone, and the assassins sent by the Witch Queen could find no trace of his passing.

Three years later, a mob intent on murder gathers outside a distant monastery: they are faced by a single unarmed priest. In a few terrifying seconds their world is changed for ever, and word spreads across the lands of the East.
Skilgannon is back.

Now he must travel across a perilous, demon-haunted realm seeking a mysterious temple, and the ageless goddess who rules it. With assassins on his trail, and an army of murderous foes ahead, he sets off on a quest to bring the dead to life. But he does not travel alone.

The man beside him is Druss the Legend.