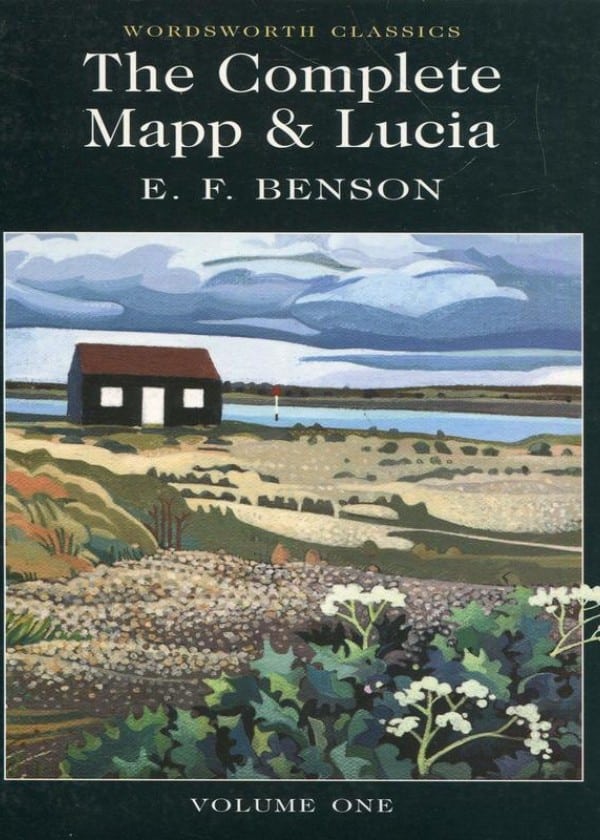 The Complete Mapp & Lucia: Volume One

Lucia is one of the great comic characters in English literature. Outrageously pretentious, hypocritical and snobbish, Queen Lucia, ‘as by right divine’ rules over the toy kingdom of ‘Riseholme’ based on the Cotswold village of Broadway. Her long-suffering husband Pepino is ‘her prince-consort’, the outrageously camp Georgie is her ‘gentleman-in-waiting’, the village green is her ‘parliament’, and her subjects, such as Daisy Quantock, are hapless would-be ‘Bolsheviks’. In Lucia in London, the prudish, manically ambitious Lucia launches herself into the louche world of London society. Her earnest determination to learn all about ‘modern movements’ makes her the perfect comic vehicle for Benson’s free-wheeling satire of salon society, and of the dominant fads and movements of the 1920s, including vegetarianism, yoga, palmistry, Freudianism, séances, Post-Impressionist art and Christian Science.

Meanwhile in Tilling, clearly modelled on Benson’s home town of Rye, Miss Mapp consumed by ‘chronic rage and curiosity’ sits at her window, armed with her light-opera glasses keeping baleful watch on her neighbours. ‘Anger and the gravest suspicions about everybody had kept her young and on the boil’: and Benson   transmutes her boiling into a series of small humiliations in his witty, malicious comedy.

In his insightful Introduction Keith Carabine shows that these books are excruciatingly funny because Benson, like Jane Austen, invites the reader to view the world through the self-deluded fabrications and day-dreams of Lucia and the self-deluded chronic anger and jaundiced suspicions of Elisabeth. Carabine also concentrates on the novels’ disturbing, bitchy, ‘camp’ humour whenever ‘that horrid thing which Freud calls sex’ is raised.