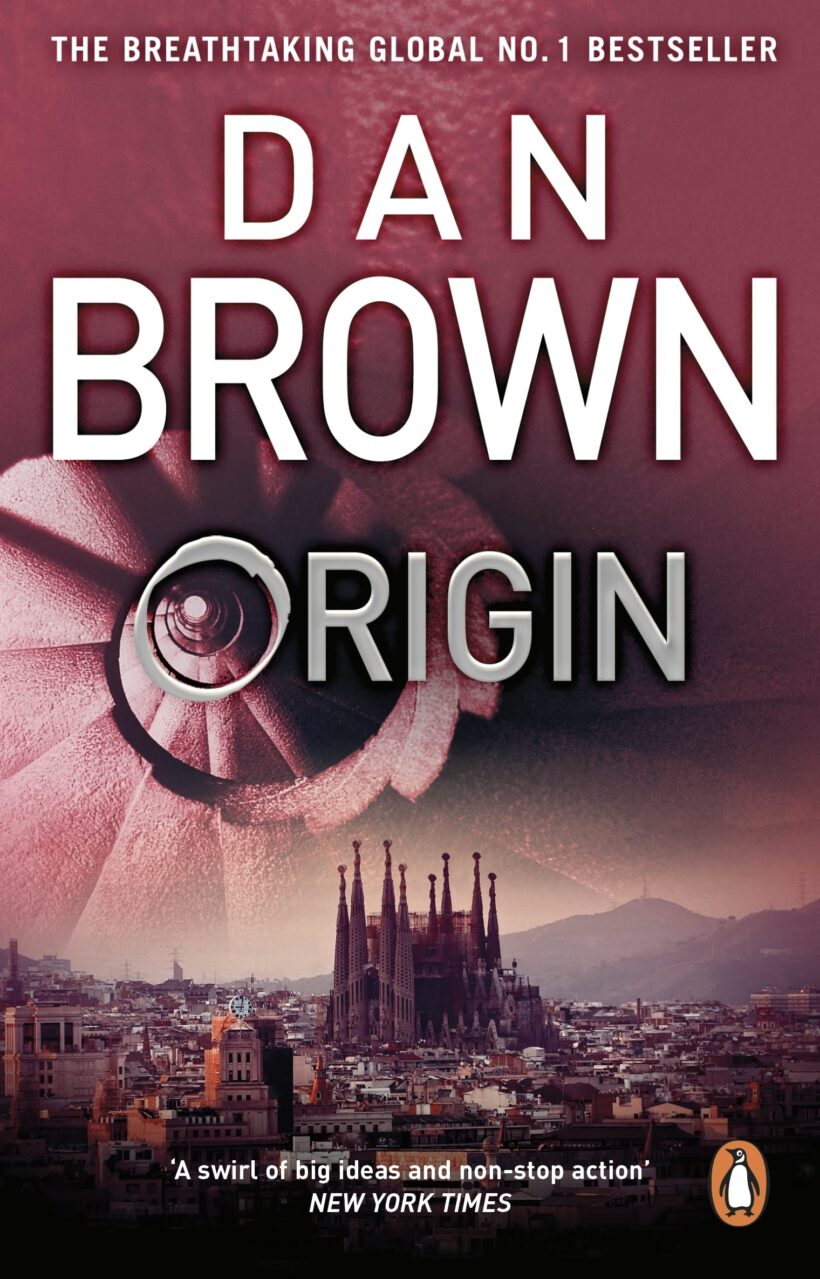 The global bestseller – Origin is the latest Robert Langdon novel from the author of The Da Vinci Code.

‘Fans will not be disappointed’ The Times

Robert Langdon, Harvard professor of symbology and religious iconology, arrives at the Guggenheim Museum Bilbao to attend the unveiling of an astonishing scientific breakthrough. The evening’s host is billionaire Edmond Kirsch, a futurist whose dazzling high-tech inventions and audacious predictions have made him a controversial figure around the world.

But Langdon and several hundred guests are left reeling when the meticulously orchestrated evening is suddenly blown apart. There is a real danger that Kirsch’s precious discovery may be lost in the ensuing chaos. With his life under threat, Langdon is forced into a desperate bid to escape Bilbao, taking with him the museum’s director, Ambra Vidal. Together they flee to Barcelona on a perilous quest to locate a cryptic password that will unlock Kirsch’s secret.

To evade a devious enemy who is one step ahead of them at every turn, Langdon and Vidal must navigate the labyrinthine passageways of extreme religion and hidden history. On a trail marked only by enigmatic symbols and elusive modern art, Langdon and Vidal will come face-to-face with a breathtaking truth that has remained buried – until now.