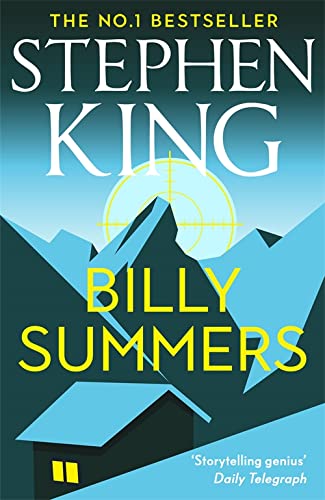 Billy Summers is a killer for hire. He’s among the best snipers in the world, a decorated Iraq war vet who can blend into any neighbourhood and disappear after the shot is taken. But he’ll only agree to a contract if the target is a truly bad guy.

Now Billy wants out. But first he’s offered one final job – an offer which is just too big to refuse.

As the days count down to the hit, Billy senses something is wrong. He doesn’t yet know just how wrong, or about the woman who will help him try to set things right.

Part thriller, part war story, part lyrical portrait of small-town America, Billy Summers is about a good man in a bad job, with one last shot at redemption