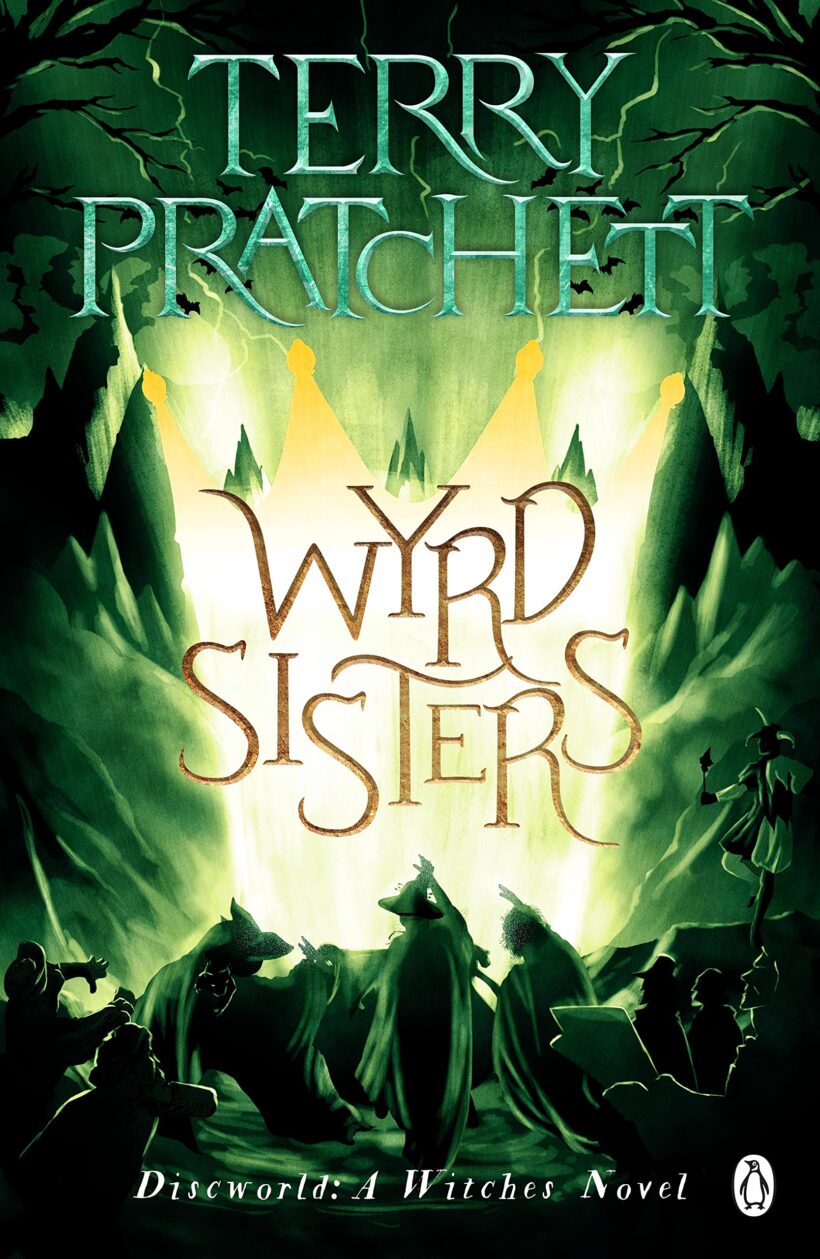 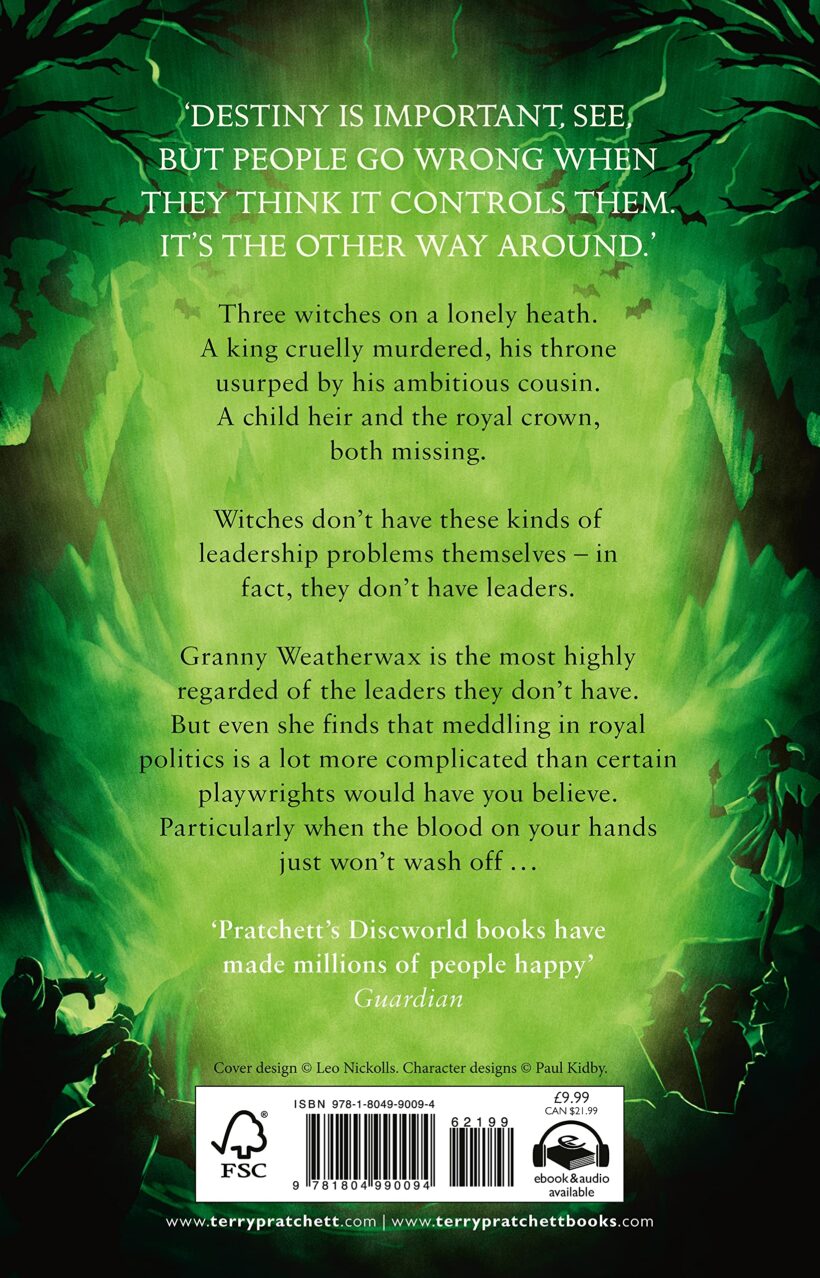 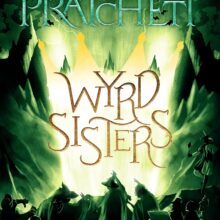 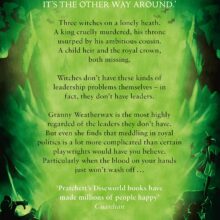 ‘Destiny is important, see, but people go wrong when they think it controls them. It’s the other way around.’

Three witches gathered on a lonely heath. A king cruelly murdered, his throne usurped by his ambitious cousin. A child heir and the royal crown, both missing.

Witches don’t have these kinds of leadership problems themselves – in fact, they don’t have leaders.

Granny Weatherwax is the most highly regarded of the leaders they don’t have. But even she finds that meddling in royal politics is a lot more complicated than certain playwrights would have you believe. Particularly when the blood on your hands just won’t wash off . . .

‘Pratchett’s Discworld books have made millions of people happy’ Guardian

Wyrd Sisters is the second book in the Witches series, but you can read the Discworld novels in any order.