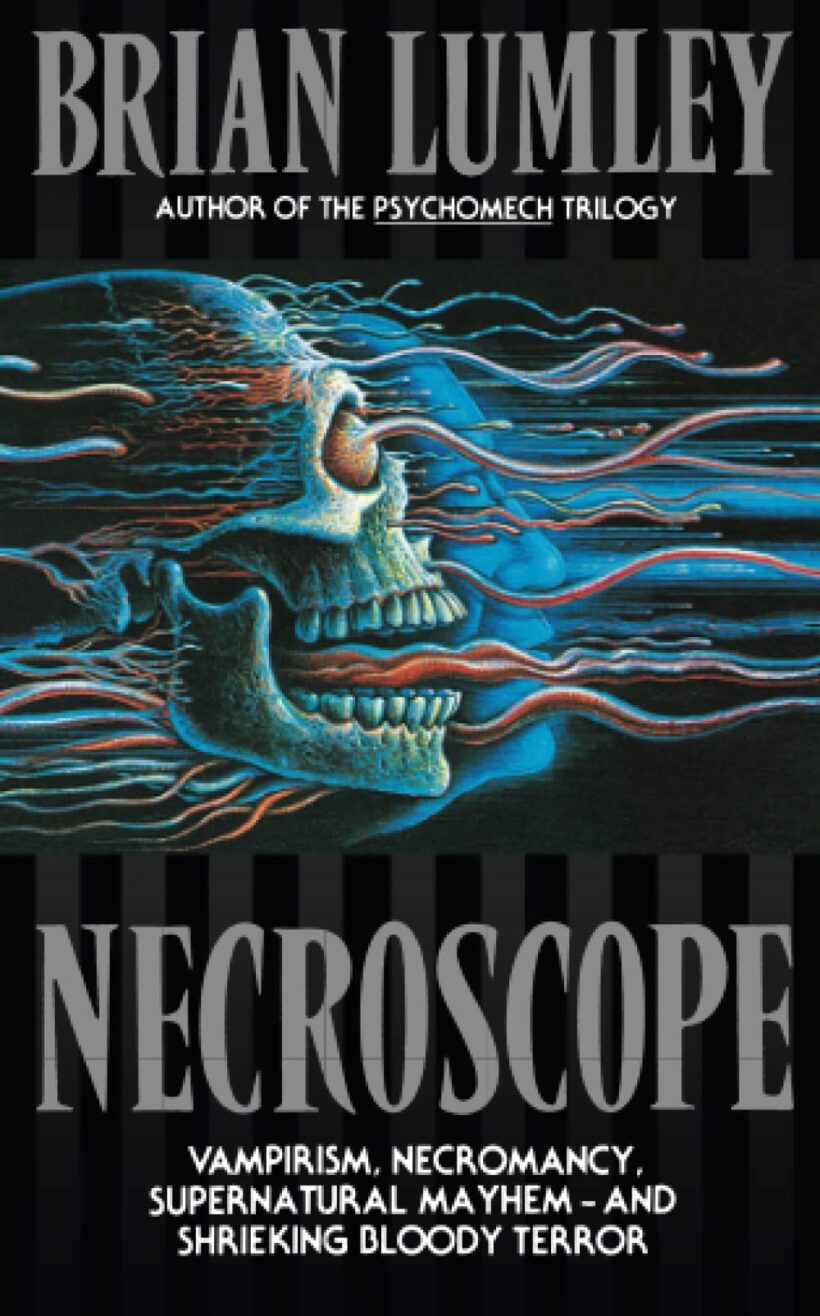 Harry Keogh is a necroscope – he knows the thoughts of corpses in their graves. Unfortunately for Harry, his talent works both ways. The outer limits of horror are unleashed when Harry Keogh is recruited by the E-Branch (E for ESP) of the British Secret Service to combat his own evil counterpart, the deadly Romanian Boris Dragosani.

Long buried in hallowed ground, bound by earth and silver, the master vampire schemes and plots. Trapped in unlife, neither dead nor living, Thibor Ferenczy hungers for freedom and revenge.

The vampire’s human tool is Boris Dragosani, part of a super-secret Soviet spy agency. Dragosani is an avid pupil, eager to plumb the depthless evil of the vampire’s mind. Ferenczy teaches Dragosani the awful skills of the necromancer, gives him the ability to rip secrets from the mind and bodies of the dead.

Dragosani works not for Ferenczy’s freedom but is in the pay of an ultra-secret Soviet paranormal agency over which he means to gain power for himself with knowledge raped from the dead. His speciality is tearing secrets from the souls of newly dead traitors.

His only opponent: Harry Koegh. Like Dragosani, Harry is a necroscope who can speak with the dead. But Harry is a champion of the dead – and the living.

From the Romanian mausoleum where the undead vampire tests the limits of his bonds, the stage is set for the most horrifying, violent supernatural confrontation ever when Harry Keogh is recruited by the British Secret Service to take on Dragosani.

To protect Harry, the dead will do anything – even rise from their graves!