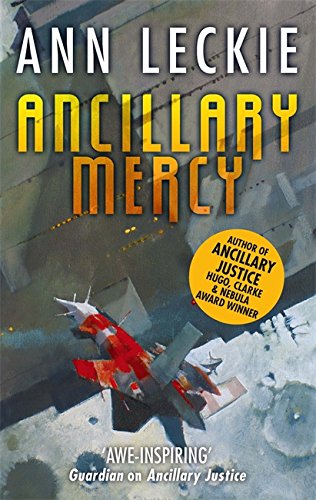 Ancillary Mercy is the stunning conclusion to the trilogy that began with Ancillary Justice, the only novel ever to win the Hugo, Nebula, and Arthur C. Clarke Awards.

For a moment, things seemed to be under control for Breq, the soldier who used to be a warship. Then a search of Athoek Station’s slums turns up someone who shouldn’t exist and a messenger from the mysterious Presger empire arrives, as does Breq’s old enemy, the divided, heavily armed, and possibly insane Anaander Mianaai – ruler of an empire at war with itself.
Breq could flee with her ship and crew, but that would leave the people of Athoek in terrible danger. Breq has a desperate plan. The odds aren’t good, but that’s never stopped her before.