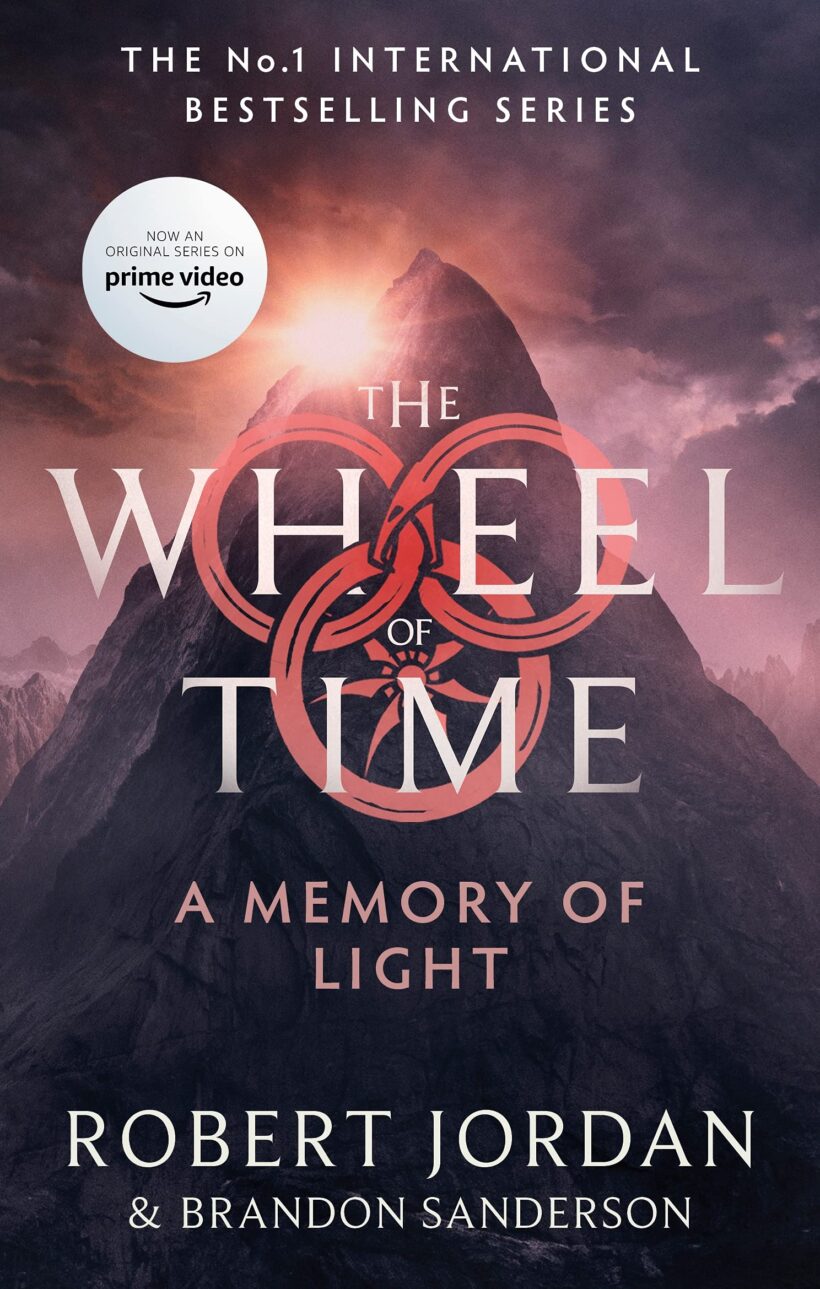 A Memory Of Light

The final novel in the Wheel of Time series – one of the most influential and popular fantasy epics ever published.

‘And it came to pass in those days, as it had come before and would come again, that the Dark lay heavy on the land and weighed down the hearts of men, and the green things failed, and hope died.’ – Charal Drianaan te Calamon, The Cycle of the Dragon.

In the Field of Merrilor the rulers of the nations gather to join behind Rand al’Thor, or to stop him from his plan to break the seals on the Dark One’s prison – which may be a sign of his madness, or the last hope of humankind. Egwene, the Amyrlin Seat, leans toward the former.

In Andor, the Trollocs seize Caemlyn.

All humanity is in peril – and the outcome will be decided in Shayol Ghul itself. The Wheel is turning, and the Age is coming to its end. The Last Battle will determine the fate of the world . . .

‘Epic in every sense’ Sunday Times

‘With the Wheel of Time, Jordan has come to dominate the world that Tolkien began to reveal’ New York Times

The Wheel of Time series:
Book 1: The Eye of the World
Book 2: The Great Hunt
Book 3: The Dragon Reborn
Book 4: The Shadow Rising
Book 5: The Fires of Heaven
Book 6: Lord of Chaos
Book 7: A Crown of Swords
Book 8: The Path of Daggers
Book 9: Winter’s Heart
Book 10: Crossroads of Twilight
Book 11: Knife of Dreams
Book 12: The Gathering Storm
Book 13: Towers of Midnight
Book 14: A Memory of Light
Prequel: New Spring

Look out for the companion book: The World of Robert Jordan’s The Wheel of Time