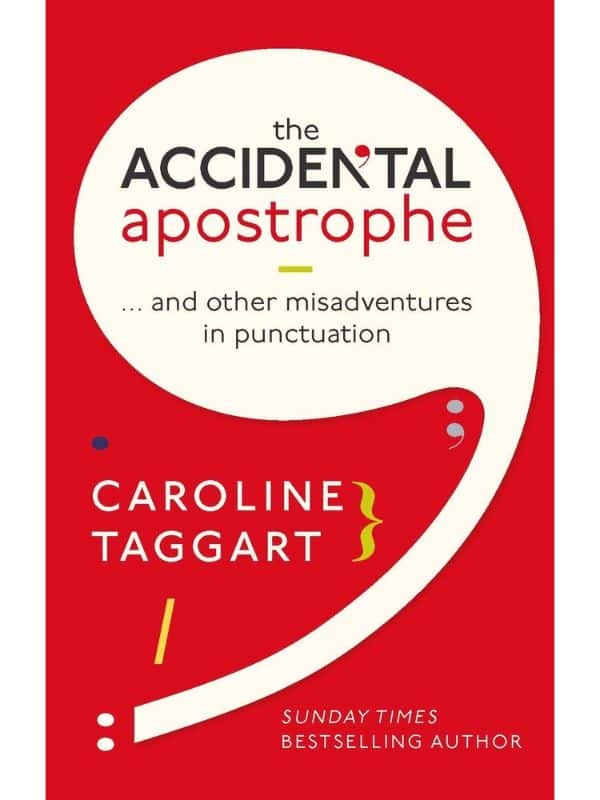 The Accidental Apostrophe: … And Other Misadventures in Punctuation

So yes, you SMS-addicts and ‘let it all hang out’ Sixties children, punctuation does matter. And, contrary to what people who tear their hair out over apostrophes believe, it is there to help – to clarify meaning, to convey emphasis, to indicate that you are asking a question or quoting someone else’s words. It also comes in handy for telling your reader when to pause for breath.

Caroline Taggart, who has made a name for herself expounding on the subjects of grammar, usage and words generally (and who for decades made her living putting in the commas in other people’s work), takes her usual gently humorous approach to punctuation. She points out what matters and what doesn’t; why using six exclamation marks where one will do is perfectly OK in a text but will lose you marks at school; why hang glider pilots in training really need a hyphen; and how throwing in the odd semicolon will impress your friends. Sometimes opinionated but never dogmatic, she is an ideal guide to the (perceived) minefield that is punctuation.