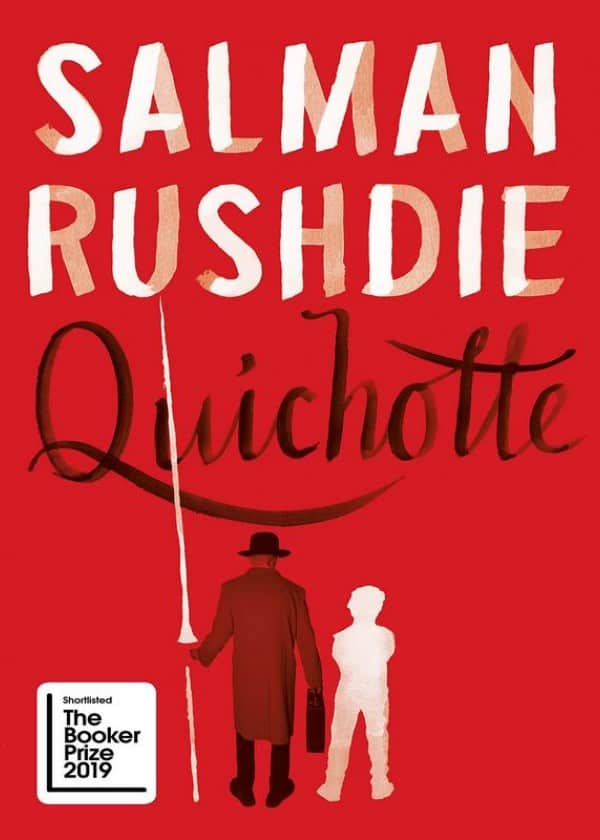 Quichotte is a love story of profound tenderness and humanity from a great storyteller at his brilliant best. Wise, beautifully written, as heartbreaking as it is wildly comic, its characters unforgettable, its plot dazzlingly suspenseful, Quichotte illuminates our corrupt times where fact is so often indiscernible from fiction.

Quichotte, an ageing travelling salesman obsessed with TV, is on a quest for love. Unfortunately, his daily diet of reality TV, sitcoms, films, soaps, comedies and dramas has distorted his ability to separate fantasy from reality. He wishes an imaginary son, Sancho, into existence, while obsessively writing love letters to a celebrity he knows only through his screen. Together the two innocents set off across America in Quichotte’s trusty Chevy Cruze to find her and convince her of his love. Quichotte’s story is told by Brother, a mediocre spy novelist in the midst of a midlife crisis. As the stories of Brother and Quichotte intertwine, we are taken on a wild, picaresque journey through a country on the edge of moral and spiritual collapse.

Sir Salman Rushdie is the author of many novels including Grimus, Midnight’s Children, Shame, The Satanic Verses, The Moor’s Last Sigh, The Ground Beneath Her Feet, Fury and Shalimar the Clown. He has also published works of non-fiction including The Jaguar Smile, Imaginary Homelands, The Wizard of Oz and, as co-editor, The Vintage Book of Short Stories.